Graphic Novel-Comic Book Review: Get your Metal Beast On!

Posted by angus48 on May 30, 2016
Posted in: Reviews of the works of others. Tagged: comic book, graphic novel, Indie Comic, Science Fiction. 1 Comment

The Ferrokin Origin: Part One

Writing and Artwork by Jennifer Swartwood. 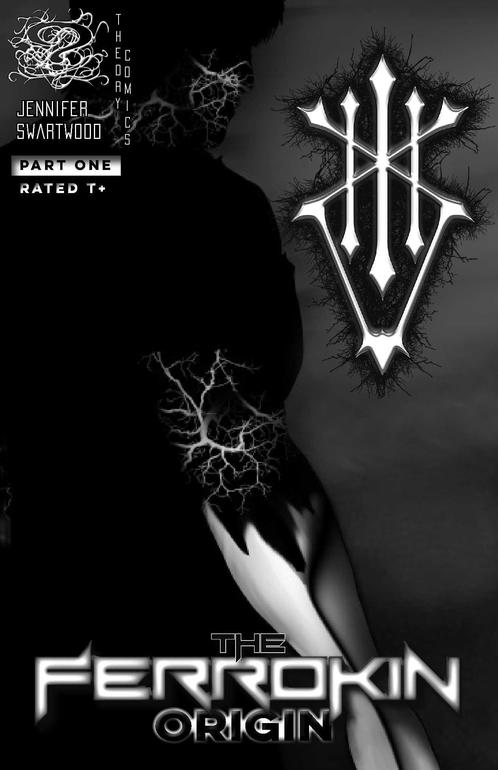 The Kaid clinic does advanced research on serums designed to rescue a victim who has suffered metal poisoning. Family of Dominic Kaid have been dying off in accidents, one suicide in unfortunate rapidity leaving him to be the last. As most special powered heroes receive their powers so does he in an extraordinary explosion of various molten metals and timely injections of their experimental vaccines.

An additional mystery pops up in the disappearance of Seul Island from the bay. The island has been gone for a couple of years but fresh bodies keep washing up from it. Dominic emerges from his coma and goes hero like. Enough with the spoilers, this is very good original work.

The story blends researched science with science fiction to give birth to a lore. Artwork is superb and doesn’t leave the reader scratching their head going ‘what is that?’. This is five out of five material folks and that’s what I’m giving it. Five by Five. Enjoy!

By the way, I got my copy signed by the creator at 2015 Denver ComicCon.

Dead Tree Book Review: Vampires without Fangs, not frustrating at all!

Posted by angus48 on May 28, 2016
Posted in: Reviews of the works of others. Tagged: Paranormal Romance, Urban Fantasy, vampires. 2 Comments 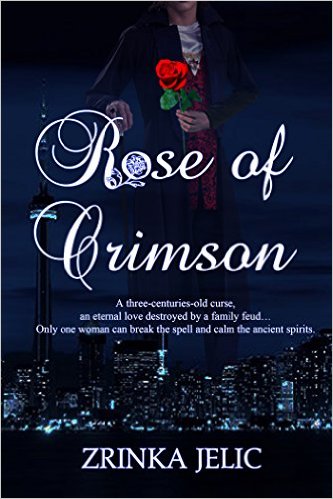 Three centuries ago places the inner tale of this story at just the beginning of the seventeen hundreds. Feuds between noble houses, flint locks, casting one’s self into the sea…ah, that’s the life. Most vampire books go with the tried and worn out method of ‘Bite, suck, change and watch out for that UV’. Not this one.

Miles has literally ghosted into the life of a Croatian woman named Kate in Twenty first Century Toronto. She has exams to study for, a burden of student loans and thinks she might be going mad under her Great-great-…-great Gandma’s curse. Miles reveals himself and makes a bargain with her to get his story written down, then he will leave her alone. She realizes that he is the one she saw as a little girl visiting a Castle on the Adriatic.

Okay, not going to give you the cliff notes version just going to say it is a very well crafted story. It has what I’m coming to realize are common editing issues but they do not detract from the story. I liked it and I can tell you since Twilight I really stay away from vampire stories these days. I’m giving this a four out of five entertainment points. Well done.

I think Richard Kiel as the Solan Knight was really interesting.  1961 and still Black and White?

Posted by angus48 on May 5, 2016
Posted in: Reviews of the works of others. Tagged: Harbinger, psiots, Superheroes, Valiant, X-men. 1 Comment 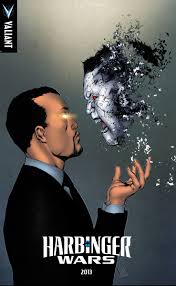 Toyo Harada, a psiot activated by the bombing of Hiroshima and mentored by the Bleeding monk has been in a decades long race against Rising Spirit Securities to produce psiots. Psiots are the next evolution of the human race or perhaps a split of the race into psiots and transhumans. They have traditionally been activated by trauma, torture or some of the more humane ways that Toyo has discovered. Now is the time for generation zero, kids who’ve been activated and escaped from RSS to take over the Bellagio and be kids for a brief time.

This volume centers on the Bellagio. The RSS escapees including Cronus are waiting on others of their family who were rescued by the Cyborg Bloodshot to arrive. They are also joined by the Renegades, a group of kids who escaped from Harbinger Foundation (Harada). The convergence occurs at the Bellagio with a massive psiot and military battle. Somebody at Valiant hates that hotel-casino.

The storyline is well done with back story fed to the reader occasionally of how the RSS vs. Harbinger thing began in the 1960s. The artwork is really excellent and surpasses most anything I’ve seen put out by Marvel or DC. These are quality. I’m giving this one 5 out of 5 for sheer audacity. Enjoy! 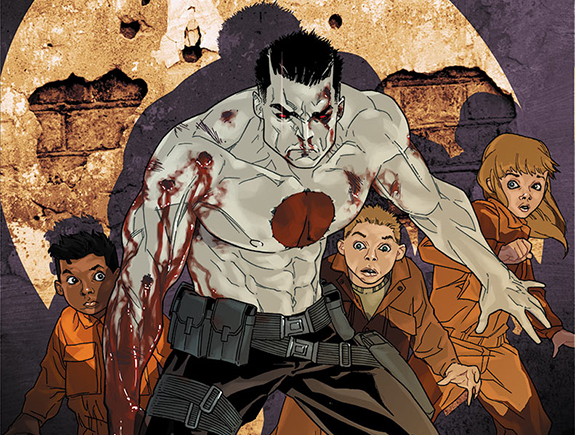 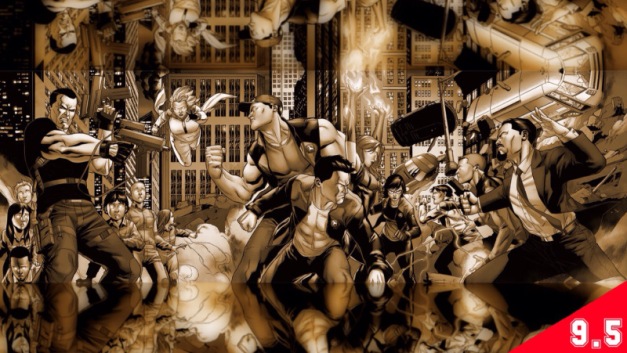