Posted by angus48 on February 27, 2016
Posted in: Reviews of the works of others. Tagged: Apocalypse, SciFi, Survival, vampires, Viral Epidemics. 1 Comment

The Twelve: A Novel, Book 2 of The Passage 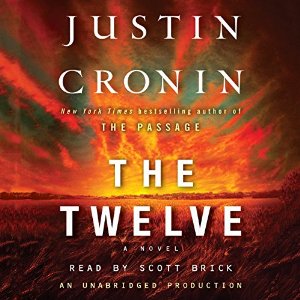 The original virals from The Passage are still making the rounds a century later with a type of human, Red Eyes, helping them. These Red Eyes, aka collaborators shortened to Cols are a special type of depravity. The sacrifice their own species for snippets of power.

In Texas, the Expeditionary is about run out of wind for the hunt and destroy missions. The government there feels that it is almost more important to keep the fossil fuel sources protected than to go on the offensive against the remainder of the Twelve. There are some dissenters however. Survivors of The Colony, Amy the ageless hybrid, Alicia Denardio – protégé of Col. Coffey and others. They know there can be no end until patient zero and the eleven other original virals are ended.

Book 2 is quite a bit more raw than the Passage in some respects but you knew it would have to be. The blending of fiction and science to paint this post-vampire-apocalypse North American quarantine zone is top notch world building. One detractor for me was the author trying to juggle so many story-lines at once that the reader, or listener, can easily become confused in time and place.

This one gets four out of five entertainment units of your choice. Enjoy!

Posted by angus48 on February 12, 2016
Posted in: Reviews of the works of others. Tagged: airships, Cyberpunk, Dieselpunk, Interdimensional Travel, post apocalypse, Steampunk. 1 Comment 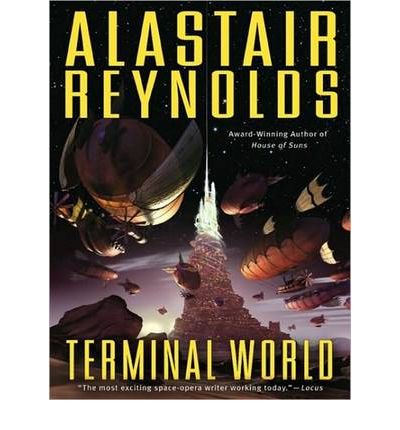 Quillon is an odd bird in more ways than one.  As a medical examiner for District 3 of Neon Heights he gets to check out all weird brain teaser corpses collected by sanitation.  Somebody who cares about him is relying on that to deliver him a message.

Meroka starts out being Quillon’s bodyguard and guide until she evolves into a partner in his realized save the species mission.  Their travels bring them in into contact with ghouls, Angels, Carnivorgs, Skullboys, the outcast Military organization of Dirigibles called Swarm and beings with nanomachine infused brains called Tectomancers.

It’s a full book.  There is a character, Tulwar, in here that reminds me of the metal guardian from Logan’s Run only this one is Steampunk and greedy. Since we’re tossing genres around get your brain around this work of: Steampunk, Cyberpunk, Dieselpunk, Transhumanist, interdimensional travel.

Excellent crafting and narration throughout get this work four out of five entertainment award units of your choice.  Stock up on Zone shift sickness meds and get moving.  Enjoy!

Posted by angus48 on February 1, 2016
Posted in: Reviews of the works of others. Tagged: Aliens, Dieselpunk, Multiverse, Space Opera, Steampunk. 1 Comment 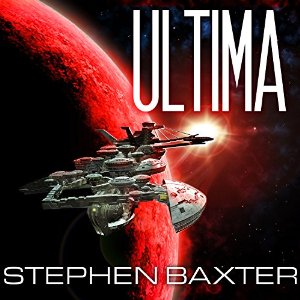 Uri Eden, the main protagonist from Book 1, has just barely made it through the hatch with Steph Kalinsky and the Col-U. As their brains wrap around the idea that in this version the Roman Empire didn’t fall and became space faring, Uri begins to succumb to what he calls Freezer Burn. Apparently when you’ve been subjected to Cryo sleep for a large portion of your life cancers run amok when you are thawed.

Back in the Sol system Penny Kalinski, Lex Macgregor, and Beth Eden Jones Narrowly escape distaster in a Hulk-kernel ship test platform as the Chinese Hedgemony crash a bundle of kernel ships moving at near relativistic speed into Mercury. The result propels them to the Roman-Bricante-Sheen Universe without the use of a hatch. One other person is with them…Earthshine. One of the three deep core artificial intelligences. He has an agenda.

There is yet two more Universes visited in this book but I will leave those for you to discover. The story is gripping and in this form excellently told through the vocal ranges of the narrator. It did not disappoint and I’m giving it four out of five entertainment points.