Posted by angus48 on October 14, 2014
Posted in: Reviews of the works of others. Leave a comment

Garroways, Ramseys and Warhursts all play pivotal roles in the destiny of mankind, as we might know it, in the Heritage Trilogy.  Starting with Semper Mars when our over controlling “buddies” the UN decide they are the adults and will take over what we have found on Mars.  They must keep it a secret or all of Earth will riot and call them harsh names.  A side note is that the UN also wants the ISS and to bomb the crap out of the US.  Quebec is leading the charge out of Canada by the way.  {Haughty French accented laughter is slowly dying behind a white flag}

Luna Marine builds on the amazing feats of endurance and tenacity from Semper Mars to keep the UN from exterminating the USA.  Somebody decides NEOs are good ammunition.  Don’t know what an NEO is?  Read or listen to the book.  Semper Mars saw a Garroway and a Fuentes as heroic figures.  Luna Marine charge is led by a Garroway and supported technically well by a Ramsey with his AI secretary hybrid side kick.

Europa Strike is the third book in this opening series.  Explorers on Europa have discovered an alien presence under the ice besides the simple forms of life.  This alien is emitting low range radio frequencies.  The Chinese Middle Kingdom is the enemy in this tale.  They want to make first contact with any aliens so that their story is the first version heard.  Cominsky, a non-com through the first two books is now a Master Gunnery Sergeant with some out of date hardware in his head.  What does that mean?  The main heroic figure in this episode is a Major Jeff Warhurst, backed up by Katelyn Garroway and using an AI super side kick named Chesty Puller.  Ramsey and the archeologists from the first two books play a miniscule part on Mars.

These are excellent books.  The science is not non-sense, the character building and world building are excellent and the editing is pretty good in the reading versions.  There is quite a bit of Jingoistic waving going on as the Author leads us down his dour vision of how nation states will behave when their sovereignty is in danger.  Unifying Earth will never be a simple manner.  I do feel that his views are correct however and that the most efficient motivation to making us behave as a species will come from facing an outside threat.

I read these in print and also the follow on series.  This time around I’ve listened to them as Audible products.  Pick your preference.  Regardless of the format I give these five out of five stars for entertainment. 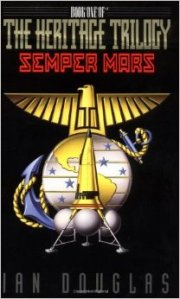 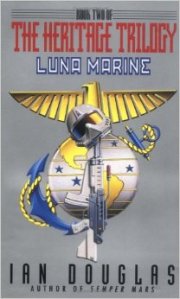