Posted by angus48 on September 27, 2014
Posted in: Reviews of the works of others. Leave a comment

One (Book One in the Godslayer Cycle)

Nathaniel Goodwin has effectively raised himself since the age of nine with a little help from a mysterious dwarf named Bracken.  Nate’s mother was stoned to death by would be followers of a person claiming to represent a new god.

He doesn’t realize that he is a critical component of a plan created by the old gods to give mankind the freedom of choice.  The old gods created swords that can slay a god and set in motion events to breed the right genes into certain humans to make them avatars.  The plan has been hundreds of years in the making and now Nathaniel is the focus.

Grown up, married and a father, Nathaniel must wrestle with the choices that will shatter his existence once again.  The story and writing style remind me of some ‘Big 5’ authors I have read like Brandon Sanderson.  I liked it and I give four out of five satisfaction units.

Episode 13 Of Dragons and Starships

Posted by angus48 on September 10, 2014
Posted in: Promotion. Leave a comment

Get your Geek on with CJ McKee, Angus Day and Guest Author Ron Glick. 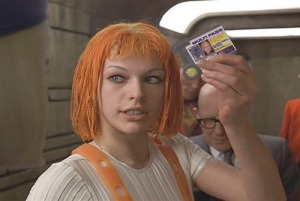 And now for this public service announcement brought to you by StarFleet.  HR would like you to take time to review your Academy notes on…Personal Boundaries. 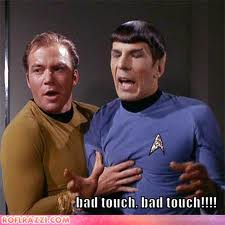 The Vulcan Death Nipple Pinch is officially off limits to Ranks below that of Captain unless of course you are…Vulcan.  That is all.  Carry On.

Posted by angus48 on September 4, 2014
Posted in: Reviews of the works of others. Leave a comment

Sasha is a young woman newly on her own with her own apartment barely unpacked.  Nora is a young girl of maybe eight or nine who has seen her mother turn into a cannibalistic monster.  Sabrina rescues her in the parking lot of her apartment at the beginning of her world unraveling.  Derek is a young call center worker visiting his Aunt Cheryl in Florida.  His parents are on a cruise and he is just trying to remember how to sleep.  His dog riley picks up on the strange vibes as a senior citizen runs Derek back into Aunt Cheryl’s house trying for a snack on Derek.  Considering this to be strange he then watches in shock as his dog defends him from his Aunt Cheryl.

This is pretty much how this book goes as straggling survivors unite across the Southeast and find out what really happened.  The storyline is pretty good and flowed well.  Romantic angst was minimized and realistic adult interactions in an insane environment are somehow created here.  Good job.

The editing is where this work falls down somewhat.  I suggest going back through the script searching for “and” and (haha) “that”.  Run-on sentences in short.  There were also several instances of pronoun confusion.  Summation for me, very good plot but the work needs polish.  Three out of five Science Fiction nerd-gasm points hereby awarded.