Many of you are familiar with my reviewing practices.  I rarely do negative and if I sense it going that way I change lanes giving it the review of silence.  There are two works I finished reading yesterday and when I went to post something about them this morning I found that one of them had tons (in this reality 100+ = tons) of reviews putting it in a really undeserved  bask of glory.  The story was underdeveloped to the point where the read would likely need to start smacking a tin cup against the bars to escape from the protagonist’s brain.  This one I gave a 3(?) because I still believe it is worthy to reward someone who has taken a leap and written.  I limited my posting to Amazon US and Good Reads.

The second work I went to review I found I could not in good conscience give it any buzz.  At the steep cost of $.99 for an estimated 20 pages this…thing was full of grammatical eff-ups, the science fiction was developed in a substance induced coma with no anchor to get the reader grounded and it never developed.  It is being marketed as a series and I’ve noticed this author has ‘started’ a couple of series.  I’m not sure which shell the pea is under leading me to another action.  I’ve removed all other unread-works by this author from my collection due to the idiocy that I view my time as valuable.  If any of these were physical books I would return them but ‘returning’ eBooks is…theft so I will not be doing that.

What is the common thread?  The second work had almost a hundred reviews painting a much rosier picture of the situation and it had over 400 ratings.  These tools are supposed to be helping consumers spend their money, disposable or not, where their interests may be satisfied.  The first work also had a severely distorted picture painted by numbers and ratings though it had more substance for basis.

The common thread that I wish to point out is that getting a bunch of questionable reviews to boost your sales is a dead-end and a betrayal of any potential fan base that might have taken you seriously.  My advice is don’t do it.

I haven’t reached a level of sales or froth worthy of putting my advice on a pedestal.  At this rate if it happens it might likely be postmortem.  As an author I’m looking for fans to share my written visions and peers to find something they liked about what I’ve done.  I would much rather endure some bashing than know that I’ve misled readers to turn a buck.

Summing up.  Normally there would be a review of a read here but I felt this would be more appropriate for today.  Not to worry, I literally have hundreds remaining in my ‘To Be Read’ pile and am moving along.

I’m also going to try something a bit new here.

I’m leaving it open for a week.  We’ll see if the number of responses merit a future blog posting.  Feel invited to share this as it is likely the only way to get semi-objective in our world views.  (Now that is pompous)

Posted by angus48 on February 25, 2014
Posted in: Reviews of the works of others. Leave a comment

Chordelia or Chorie has a mind-full as she bounces back and forth between two realities.  The mother of a child dying of Leukemia in one and in another the daughter is healthy.  Her husband Gus is an overbearing ass in one reality where he connives to get the daughter…oops, not going to finish that one and spoil it for you.  Let’s just say that Chorie has a lot going on in both her worlds when she meets a Dr. Penny, Psychiatrist Extreme.  His solutions are entwined with Schrödinger’s Cat a concept in physics explained in the book.

I enjoyed this story a lot.  I felt in all of Chorie’s realities that good old Gus needed a trip out back and kicked in the pins for his contributions.  Read and see if you feel the same.  Editing is excellent.  Five out of five units of gratification.

Posted by angus48 on February 23, 2014
Posted in: Uncategorized. Leave a comment

Memoirs of a Flower Child

Autobiography that manages to be gripping through the fog of a worn out hippie.  The author’s childhood stomping grounds were close to mine though his generation is my sister’s.  I’ve been to the places this author frequented in western Pennsylvania and central Maryland so I can vouch that in the time period he recounts his memory is spot on.  Speaking of cruising around on his bicycle trying to interest the ‘ladies’ of his age group while coping with trauma abuse captured my attention and had me finish it in one sitting.

You can tell some times that he went back and told the same story over again but with a slightly differing lens.  When all of you are in your advancing years I hope that all of you can be as lucid.  I recommend this book for anyone who wants insight into prolonged drug usage either for escape or to aid mental stability.  I give this work five out of five.

Posted by angus48 on February 22, 2014
Posted in: Reviews of the works of others. Leave a comment

A novella by one of the three hosts of the Dead Robot Society.  Herodot is a Jewish orphan taken in by a Greek patron to be a scribe in the famed Library of Alexander.  He is a tormented soul with many phobias which he battles daily in his feverish quest to translate knowledge from a lost civilization.

This work is really well edited.  The plot has set the stage for my own addiction which has resulted in me purchasing two sequels Legends and Interlopers which no will nag at me in my ‘To Be Read’ pile.

Well played Mr. Cooley.  Five out of five units of satisfaction are awarded to House Cooley.

Grab something anchored in bedrock, Rant is Imminent!

I don’t often reel in shock at my layers of naivete being ripped away but when I do hold on to your butts.  As  a not so well spread Science Fiction author I did something some of you younger smarty-pants probably would have done first thing.  I Googled “Science Fiction Review Blogs” and in the top three results I almost turned off the computer for today.

The first two were just plain snobbery as they only will review products of the big six publishers.  Let me make a point here.  Science Fiction is about new ideas and creating stimulating thoughts regarding the future.  SF signal went so far on the submission policy as to state no Selfies or “Vanity Press”.  Now to them, maybe add subtitle publishing house lackey.  That’s all well and good.  We all have our standards and they speak volumes about us.

I hope you are still clinching because here comes the really awesome nugget.

Third hit was the “Kirkus Reviews”.  If you have the opportunity go check out their submissions blather.  You too can have your work reviewed for $475.  Now you just read me give SF signal hell for using the term Vanity Press.  This Kirkus nonsense makes me wonder how much it would cost to have a dedicated applause machine. 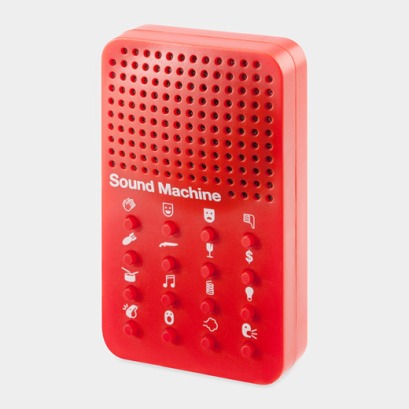 Found this little jewel being advertised for just $16.  Let’s see, that would save my delicate ego $459 and the expense of sending those jackasses one of my print books.  Just check out the button on the upper left.  All you really need eh?

Back to the reason for my search.

I was looking for some way to list my blog…the one you are reading…in an unoffensive SF-Fantasy Book reviewing venue.  Earth shattering announcement is I’m still looking.

Thanks for enduring my therapy session and feel free to help me out by spreading word of mouth.

If that sounds like someone you can relate to then we’re good.

Posted by angus48 on February 18, 2014
Posted in: Uncategorized. Leave a comment

Let’s start out with yes.  Yes this is a Vampire Romance Erotica.  The next word is No.  No, this is not a vampire lore data dump.  The story centers on a human woman who is causing the leader of a local vampire clan to change his habits of fourteen hundred years.  He is enchanted by his longing for her.  A wandering loner vampire is trying to move in and take over the clan.  Causing some trouble this would be usurper really has no idea how mismatched and delusional his plan is as he comes off as a toddler trying to swat at a gorilla.

The editing had a few flubs usually having to do with sentence tense control mixing past and present.  I was able to wade through this and enjoy the story.  Scenes between Lucas and Mia are extremely hot as are the scenes with Blair and Louisa.  The later delve into sadism which puts my recommendation for this book at above age 17.  Four out of five is where I see this.  Enjoy!

Next You moves into the world of Audiobooks 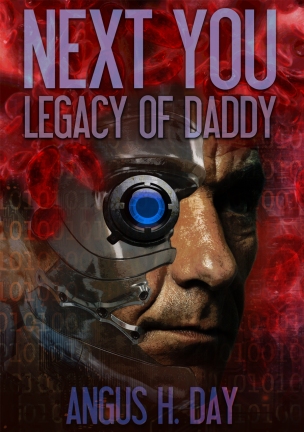 Legacy of Daddy is now available in the serialized form of podcasts.  When you digested this treat you may find further satisfaction reading the other books in the franchise. 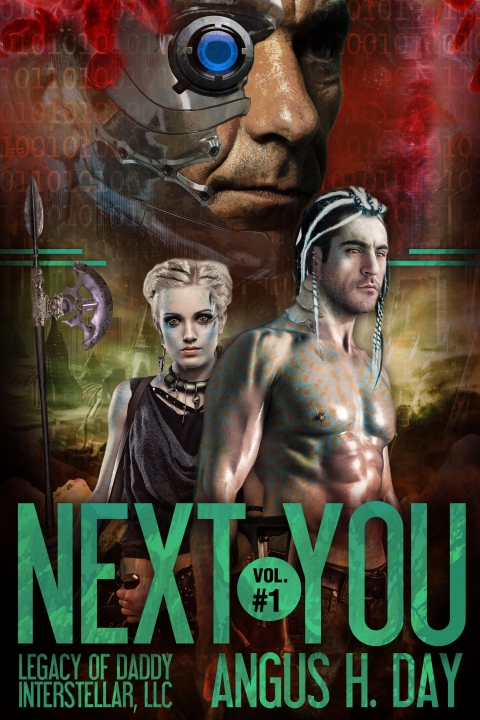 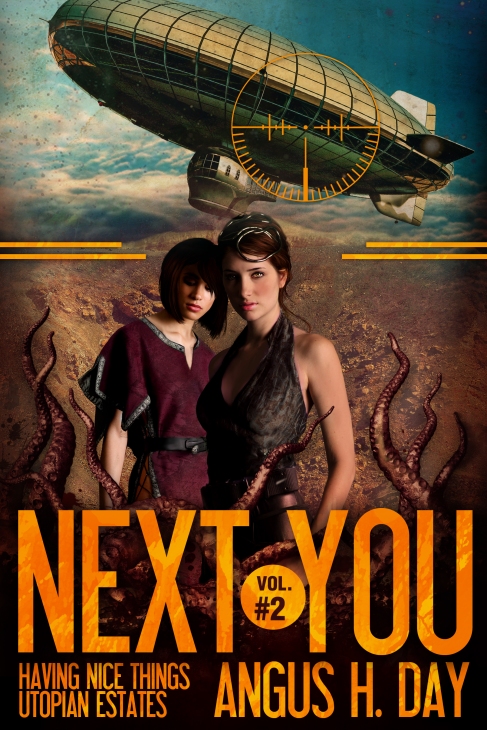 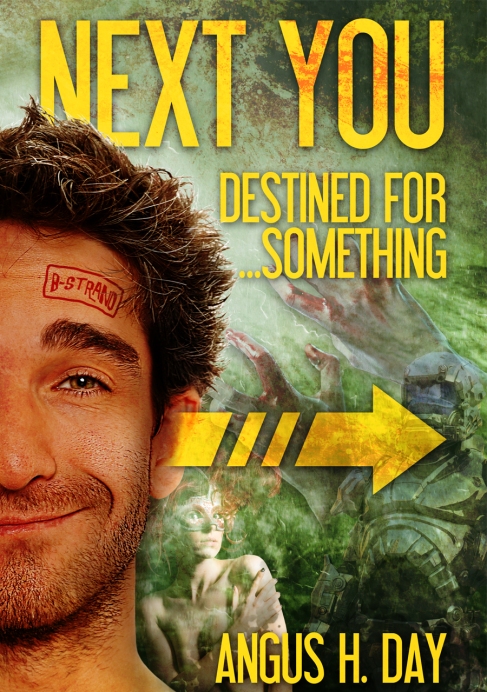 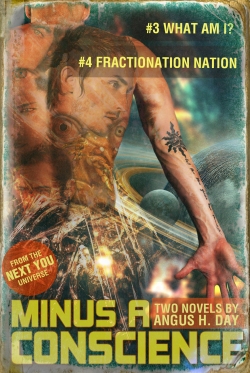 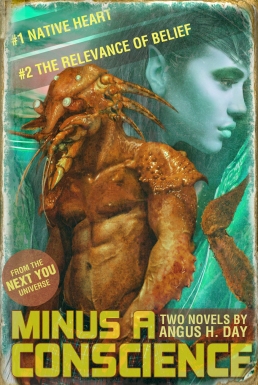 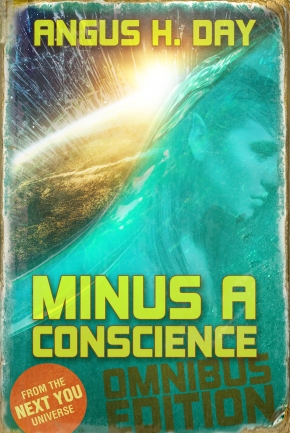 Paige and Lee have never physically met but they know all of the trauma each of them has suffered because on some wavelength they have shared.  Shockwaves is a short thriller that is excellently plotted.  The characters are well written and pull the reader into the action.  The editing quality is very high in this work and as a reader I expect this level of quality to continue with the series.

Though the book has innuendo the action is kept to the thriller violent kind making this potentially a thirteen and up option.  I give this a five out of five.

Posted by angus48 on February 17, 2014
Posted in: Uncategorized. Leave a comment

The Wild Bone:  The White Alpha of Monroe

Sally is shunned by both guys and girls in her town as she grows up.  It’s not because of her looks or personality though she spends little to no time thinking about this even after her mother dies when Sally is eighteen.  Her friends talk her into going to have fun at a bar called the Wild Bone leading to a terror filled night and a six year longing for something she doesn’t understand until she meets her mate.

A very well developed storyline and a moving amount of heat define this novella.  It is short and good for about three hours of escape averaging on the BBC reading pace.  Another editing pass is in order.  I give this a four out of five.

Posted by angus48 on February 16, 2014
Posted in: Reviews of the works of others. Leave a comment

by Josephine Ballowe and Rue Volley

Elizabeth is a New York city prostitute who views her profession as a service to society.  She helps maintain the sanity of repressed husbands and the safety of other women by giving them an outlet, her.  In this enticingly written novella Elizabeth transitions to the world she was destined toward from conception and it is a bumpy, racy ride.

Five out of five units of gratitude for this fun and short work.